Washington, D.C. - Donald Trump is excited about the newest installment of Star Wars: The Last Jedi. Although he wasn’t asked to play the part of Jabba The Hut, The Donald is hoping that this film will finally show the rebel resistance crushed once and for all.

According to sources in the White House, Donald Trump intended to take a break from golfing the weekend of the release in order to watch the rebels get what’s coming to them.

White House spokeswoman Sarah Huckabee Sanders announced in a press conference that Trump was a huge fan of the Star Wars franchise, even though it was founded by the Zionist film maker George Soros.


“The President has always watched every release of Star Wars, especially the ones with Jar Jar Binks. He says Jar Jar reminds him of a more coherent Ben Carson. He’s also waiting for the Antifa libtards in the galaxy to finally accept the fact that the Empire is supported by the majority of its subjects, despite the fake news being spread by The Rebellion and their liberal media cohorts.

Captain Picard was defeated. He ran a poor campaign and the people of the galaxy rejected his radical liberal agenda. Yoda wasn’t even an American citizen, but we still prevailed. Their show Firefly only lasted one season, while The Apprentice went eleven. This should end the matter once and for all.”

Sarah Huckabee Sanders then rapidly slurped up 3 CNN reporters before retreating to her cave in the West Wing to collect more talking points.

The opening weekend for Star Wars: The Last Jedi is December 15th. Hopefully we won’t be nuked by North Korea by then. In related news, Jared Kushner is not expected to attend due to an unfortunate fall in the Rose Garden on his way to meet with Robert Mueller. 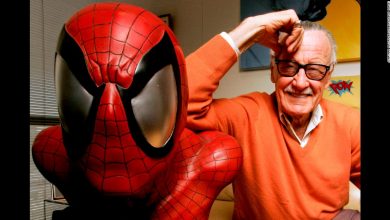