Washington, D.C. - Former president Barack Obama addressed the latest viral craze of people eating laundry detergent pods in social media challenges. In a video released during TV prime time, he politely reminded American citizens that the pods were not intended for consumption, but for washing clothes or dishes.

Unfortunately, his message was deemed as “fake news” by millions of Americans who made a beeline for their kitchens and laundry rooms to post pictures on social media of them eating detergent pods in defiance.

Asked at today’s news conference whether or not he would be advocating the consumption of the pods, President Trump indicated that he will.

“Look, President Obama was completely against that idea so yes, it is something that we’ll be looking at reversing in the coming days. I see nothing wrong with it. They’re bright, colorful and squishy. They get my backing. But we’ll see.”

Trump supporters all over the country have already taken this stance on board, and have been reported to have made the pods their lunch of choice today.

Barbara Cook, an avid Trump supporter from Cleveland, OH, explained that she’s already started wolfing them down like candy.

“Oh I love them”, she told us from her hospital bed in the ICU of her local hospital, “I can’t put my finger on the taste but they’re great. I’ve been eating them ever since Obummer said they were unhealthy. He said they were bad for us, so I immediately knew that they were good for us. What would he know? They don’t even have laundry detergent in Kenya!”

“President Trump put my mind at ease today. I’ve already bought in bulk from Costco. The doctor has given me three days to live, so I just hope that I get to finish them all by then.”

In fact, since Obama warned people that eating the pods would most likely result in death, the Republican base has shrunk by almost 83% in the time since his address.

Reached for comment, Hillary Clinton stated that she wished the pod challenge had started in July 2016. 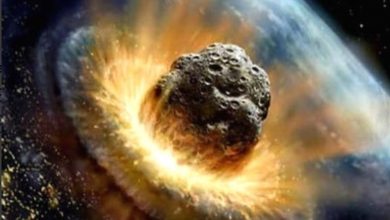