Hoping to end an ongoing debate in American football, the NFLâ€™s team owners on Wednesday voted that players could not kneel during the national anthem without harsh penalties to their teams, or the players themselves.

Sources within the ownersâ€™ group have stated that the decision was made after threats from Donald Trump to deport all protesting players to Africa, and force all fans to read “The Art of The Deal” before purchasing season tickets.

Falcons owner Arthur Blank also claimed that the ruling was deflating, but he would obey the decision in order to get another chance of blowing a 28-3 Super Bowl lead.


The league also said the new policy would not force athletes to stand on the sideline during the anthem; it would give them the option of staying in the locker room during the pregame ceremony. Almost immediately after passage, questions arose about how it would be enforced. (New York Times)

One rumored penalty is that NFL players who choose to kneel on the field will incur a fine of $5,000 for the first offense, and $25,000 for the second offense. After the third offense, the player will be traded to the Cleveland Browns for 10 deflated footballs, and a case of Gatorade.

How this plays out with the NFL playersâ€™ union remains to be seen, and the issue will certainly linger well after the Cleveland Brownsâ€™ next 0-16 season. 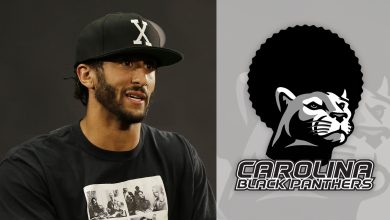 1 thought on “New NFL Rule: Any Player Caught Kneeling Will Be Traded To The Cleveland Browns”