Washington, DC - Speaker Paul Ryan is reportedly planning on resigning from Congress, according to various rumors circulating on Capitol Hill.

Some people believe that Paul Ryan is tired of working with Donald Trump, others think that he doesn’t want to be in the role if and when Democrats take back the House.

According to our sources, Paul Ryan is ready to quit and pursue his passion for hunting poor people full-time.

“Paul Ryan is tired of constant debates, filibusters, and the rule of law getting in the way of his real passion: hunting poor people down, shaming them, and taking them out with a compound bow outside homeless shelters in Wisconsin.

There’s this one veteran who begs for money at a stoplight 2 blocks from his house that Speaker Ryan has been wanting to put on his wall for 10 years now. Once he retires, Paul Ryan can finally lure him in with promises of a square meal and healthcare.”

Louisiana Congressman Steve Scalise is eager to take over the white hood from Speaker Ryan, and was last seen speeding his wheelchair to cut off a lobbyist from the NRA who was carrying case full of unmarked $100 bills.

REPORT: President Who Boasted Running In To Save Kids Spends Weekend Running Away From Kids 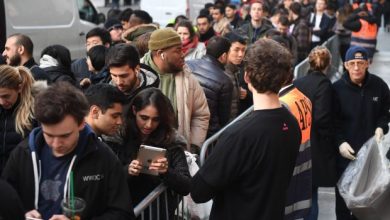